Dividing lines - Conservatism is the Way Forward for a Better, Fairer Britain for All 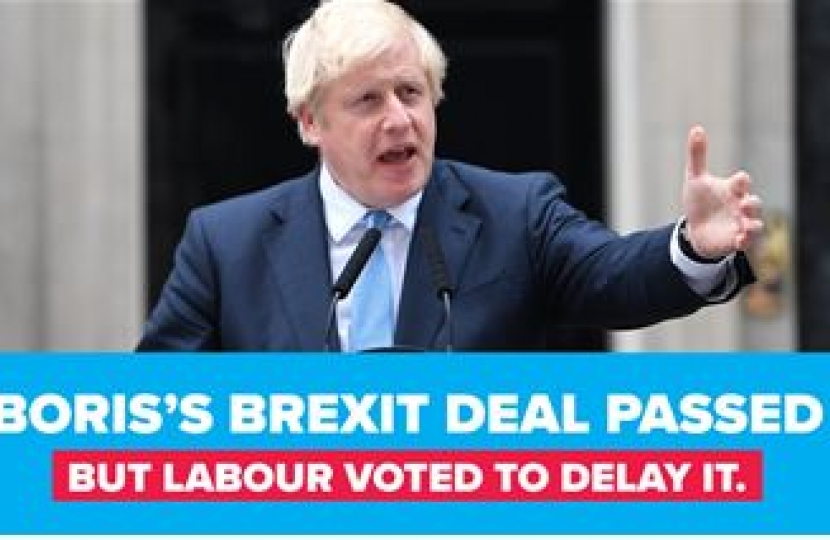 Building a stronger, fairer economy
The Conservatives are building an economy that works for everyone
Labour don’t know how to handle the economy, and working people would pay the price just like last time

Helping people with the cost of living

Taking a balanced approach to the public finances

Helping people onto the housing ladder

Protecting and improving our NHS

Getting the best Brexit deal

Protecting our environment for the future

Standing tall in the world as a Global Britain

MPs have backed our plan to hold a general election on 12 December – so we can elect a new Parliament, get Brexit done and let the country move on.

We didn't want an election, but this Parliament has forced another delay on Brexit which is really damaging the country.

Last night, MPs backed our new deal which could have guaranteed we get Brexit done on 31 October. But once again, Labour voted for more dither and pointless delay.

We need a new deal or no deal, but no more delays – if the EU fails to match the UK’s compromise, we will leave without a deal on 31 October.

MORE POLICE ON OUR STREETS

The Prime Minister has launched a recruitment drive to deliver 20,000 new police officers and make our streets safer.

People want to see more officers in their neighbourhoods, protecti

The unprecedented drive to deliver more frontline officers will