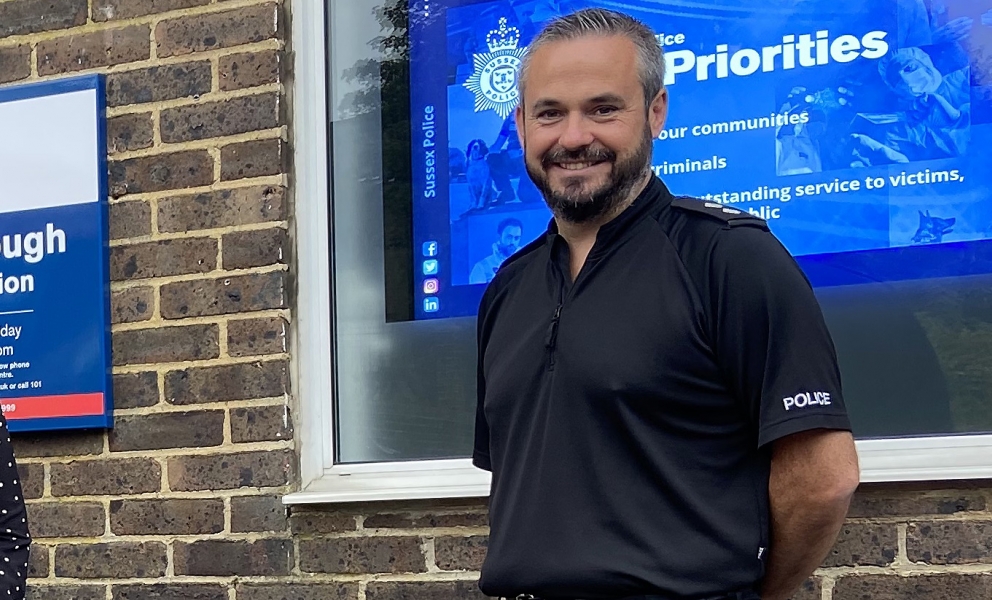 Conservatives working at all levels in Wealden to reduce crime: MP, Police and Crime Commissioner and councils 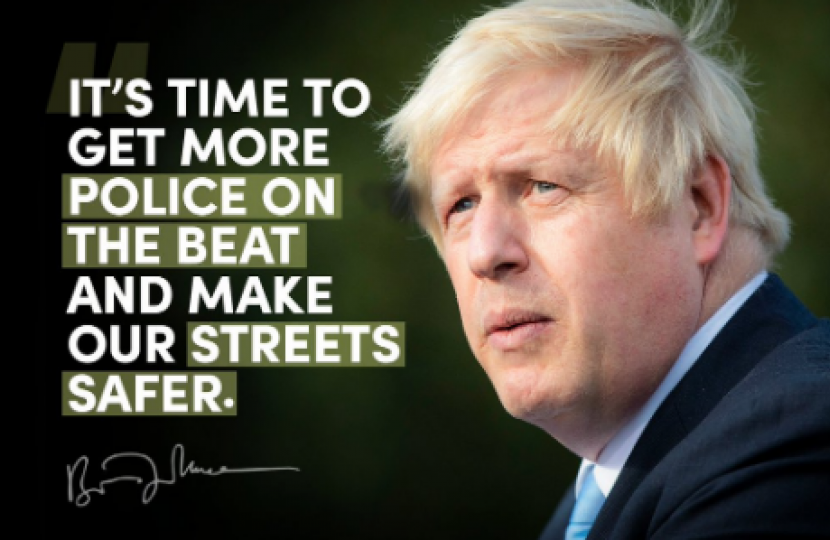 It is the Prime Minister’s priority to make our streets safer – and we’ve already begun work to do just that – so that the law abiding majority can live their lives free of the fear of crime.

And by getting Brexit done we’ll once again be able to focus on priorities like this.

More police on our streets

A national recruitment campaign has already begun, overseen by a new National Policing Board and backed by £750 million next year.

This means that we can start making people feel safer straight away.

Giving the police the powers they need

As well as recruiting new police officers we are making sure they have the backing they need to protect us.

Things like extending stop and search - where we’ve empowered more than 8,000 police officers with enhanced powers as part of our efforts to crack down on violent crime.

We will back our police by equipping officers with the powers and tools they need to keep themselves and all of us safe, including tasers and body cameras. We will put the Police Covenant into law to ensure they have the support they need.

Police will be empowered by a new court order to target known knife carriers, making it easier for officers to stop and search those convicted of knife crime.

Anyone charged with knife possession will appear before magistrates within days not weeks. Those who use a knife as a weapon should go to prison.

10,000 new prison places will mean that we can hold the additional offenders who will be caught, charged and sentenced.

£2.75 billion will be spent on creating modern, efficient prisons to better reform criminals and keep the public safe, whilst an extra £100 million will aid the crackdown on crime within prisons.

And to make sure that the public are properly protected from dangerous criminals we’re ending the automatic release of the most serious violent and sexual offenders at the halfway point of their sentence as well as conducting an urgent review of sentencing.

We will introduce tougher sentencing for the worst offenders and end automatic halfway release from prison for serious crimes. For child murderers, there will be life imprisonment without parole.

We will expand electronic tagging for criminals serving time outside jail, including the use of sobriety tags for those whose offending is fuelled by alcohol.

We will toughen community sentences, for example by tightening curfews and making those convicted do more hours of community payback to clean up our parks and streets.

We will combat extremism and do all we can to ensure that extremists never receive public money.

We will keep our country safe from terrorism. We will invest in the police and security services and give them the powers they need to combat new threats. In the wake of the terrible events in Manchester in 2017, we will improve the safety and security of public venues.

The Conservatives will always take the necessary steps to ensure criminals are kept off our streets. Since the appalling incident on London Bridge, we’ve announced that we’ll keep terrorists in prison for longer and tighten security around our borders we can keep people and communities in Britain safe.

The government has allocated £555,000 to support vulnerable families and people at risk of sleeping rough across Wealden.

A Christmas message from the leader of Conservative-run Wealden council

From supporting High Streets and moving forward with a 40 acre employment park with jobs for local people, to providing much needed family orientated affordable homes to rent and passing on government rebates to help residents struggling with cost of living pressures, 2022 has been another moment

Safety improvements in Hailsham thanks to work by assiduous Conservative councillors

Road safety improvements have come to fruition in Hailsham thanks to the efforts of local Conservatives.

This week is National Neighbourhood Policing Week of Action – a week to recognise the crucial role neighbourhood policing has in keeping our communities safe.

Sussex Police and Crime Commissioner, Katy Bourne OBE, talks about this and other issues:

This week our Sussex Police and Crime Commissioner attended a socially-distanced attestation ceremony for 76 new police officers for the county.

A fleet of gritters has been primed and is ready to roll into action to keep our county’s roads clear this winter.

In announcing her new survey on police funding across Sussex, the  Conservative Police and Crime Commissioner, Katy Bourne, revealed that the precept we pay (via our Council Tax) for policing remains one of the lowest in the country at 31 out of 37 policing areas.

A Residents’ Satisfaction Survey is being carried out across the Wealden District Council area.

Celebration of new police station opening in Crowborough this week

The opening of a new police station in Crowborough this week has been widely welcomed by both Weladen's Conservative MP and the Conservative Police and Crime Commissioner for Sussex. 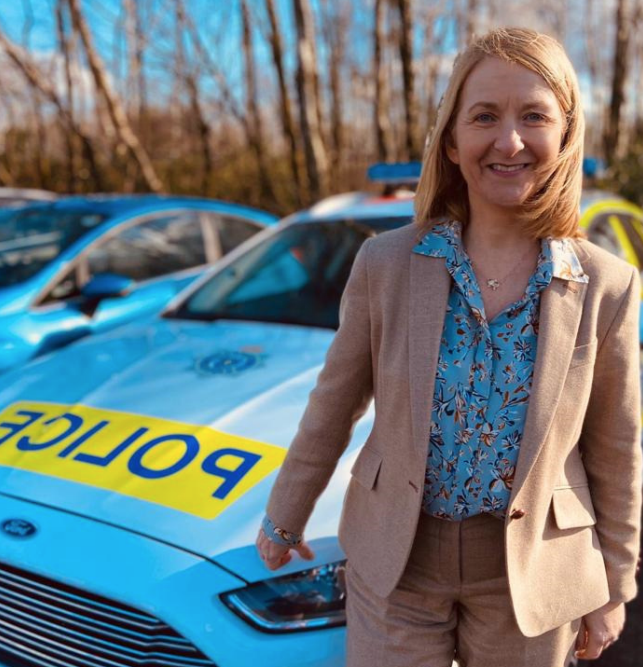 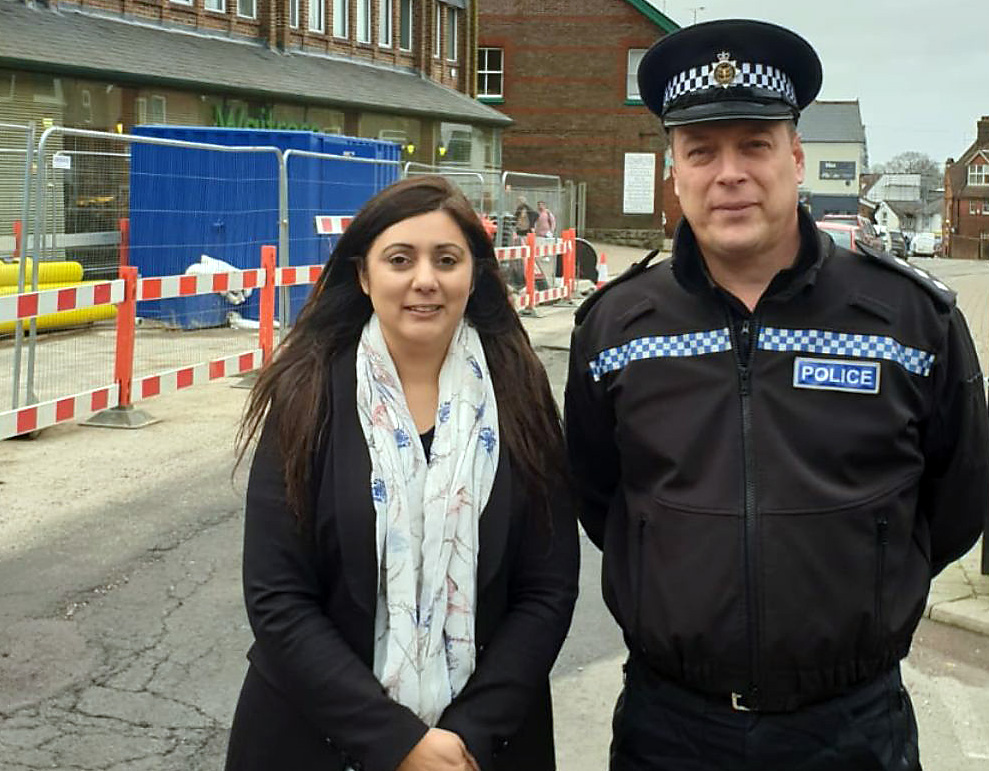