CONSERVATIVES BACK CLAMPDOWN ON TERROR FUNDING 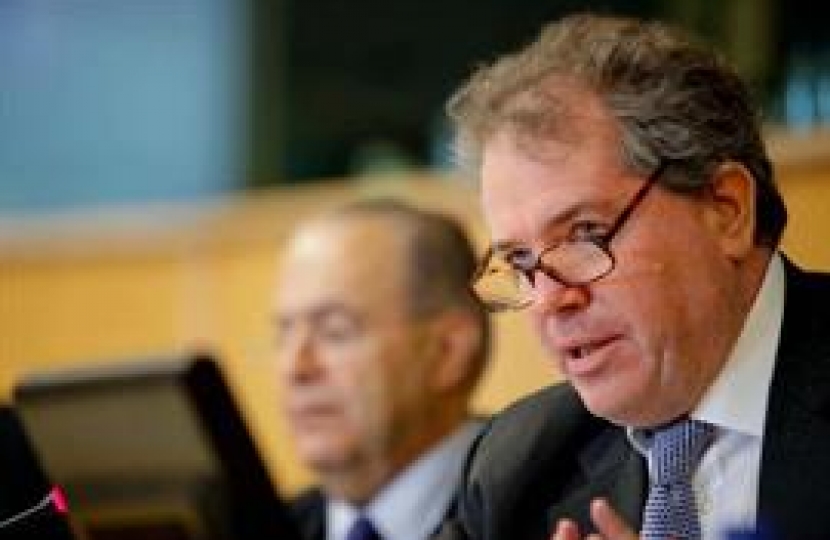 Conservative MEPs have helped shape proposals to cut the flow of money to jihadist radicals.

The European Parliament's Foreign Affairs Committee today backed a series of recommendations aimed at starving groups such as ISIS of crucial funding.

They include improving the way member states monitor and share intelligence on suspicious financial transactions, virtual currencies and traditional informal money transfer systems such as hawala. Banks would be obliged to monitor pre-paid debit cards.

The report also calls for the establishment of a common information platform where intelligence could be pooled, while places of worship and education, institutions, centres and charities in EU countries suspected of having links with terrorist group be forced to provide full details of all their sources of funding.

Conservative Foreign Affairs spokesman Charles Tannock, who along with Security spokesman Geoffrey Van Orden secured important changes to the report, said: "ISIS is attempting to channel its money out of its diminishing territory in Syria and Iraq through oil exports and by buying businesses and assets of all kinds.

"Security services, financial institutions and governments must continually anticipate and respond to developments. These proportionate proposals can play an important part in helping to sever the flow of money to terrorists."

The report was backed 55 -1 in the committee today. If approved by the full parliament next week it will be passed to the European Council, Commission and the European External Action Service with a call for action.