STAFF at schools across East Sussex have been praised for their efforts which have enabled more than 11,000 additional pupils to return to the classroom.

The Government closed settings to all children in March to stem the spread of the Covid-19 virus, with the exception of those considered vulnerable and those with parents who were keyworkers.

With restrictions slowly lifting, thousands of children have been able to return with the vast majority of the county’s schools now open.

Cllr Bob Standley, lead member for education and ISEND, said: “The situation over the past three months has been extremely challenging for schools. Not only have they been asked to remain open to provide vital childcare for some and set up home-learning for others, they have also had to transform their buildings into safe spaces for children to return.

“We are well aware that their hard work will not stop with more children returning to school as they will then face the challenge of getting pupils’ learning back on track.”

He added: “This time away from normal school routine will have had an enormous impact on children, both in terms of their learning and their mental health and wellbeing, and this is something schools will be addressing for some time. They thoroughly deserve our thanks and support.”

Last week, on average, 166 of the 187 schools in East Sussex opened their doors every day to more than 11,500 students. During lockdown an average of 140 remained open each to support more than 2,000 children.

Primary schools have introduced a raft of measures in a bid to maintain social distancing and keep staff and pupils as safe as possible.

Plans put in place at Frant Primary school by Executive Headteacher Debbie Bennett and the Head of School, Mrs Joanna Challis have inspired confidence among parents resulting in 81 per cent of reception returning, all of Year 1 and 92 per cent of Year 6 children.

Mrs Bennett said: The successful return of the pupils is thanks to the hard work of all the staff in ensuring the classrooms, corridors and resources were available.

“Communication has been the key,” she added. “Parents have been extremely supportive of the school and have said they thought the school had handled the lockdown ‘brilliantly’ and there had been great communication.”

For those children still at home the school is providing daily plans, some online lessons and daily feedback to all work. There are follow up calls when needed and the school offers Talktime counselling over phone and in school.

Cllr Bob Standley, East Sussex County Council’s lead member for education, said: “It is incredibly important that parents feel confident enough to send their children back to school and school leaders have done an amazing job in putting measures in place to inspire confidence among children and their families.

“I would urge parents whose children can return to school, to encourage them to do so for the short period before the summer holidays to help them begin to prepare for the new academic year.” 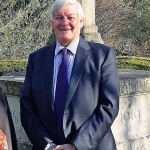 Transform their buildings into safe spaces for children to return.