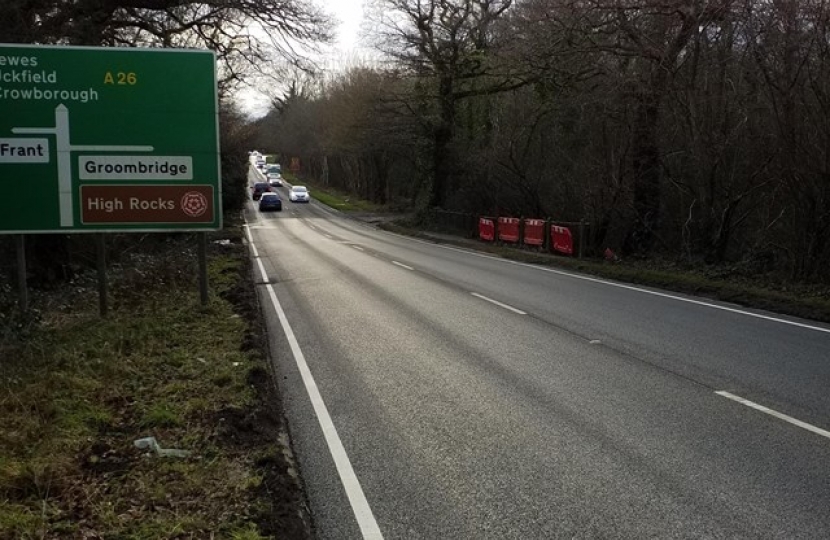 A ROAD in East Sussex near the Kent border which collapsed before Christmas has been fully reopened after major reconstruction work.

The A26 at Spart’s Brook, between Eridge and Tunbridge Wells, was closed when a highway drain was washed away under the volume of rain, causing the road to collapse on December 22.

After East Sussex Highways carried out emergency work to make the road safe, one lane subsequently reopened with temporary traffic lights, while crews have been working ever since to reconstruct the road.

The road fully reopened today after a complex operation which included having to rebuild and reinforce a collapsed bank supporting the carriageway, in the face of difficult conditions including dealing with ground water from the nearby brook.

Karl Taylor, East Sussex County Council assistant director of operations, said: “This was a significant and quite dramatic collapse which posed significant challenges to our highways teams.

“Their prompt action in the immediate aftermath of the collapse ensured we were able to very quickly make the road safe and they’ve worked tirelessly ever since in difficult conditions to reopen it as quickly and safely as possible.

“We do appreciate that the closure of one lane has caused disruption to motorists in the area and we're very grateful for their patience.” 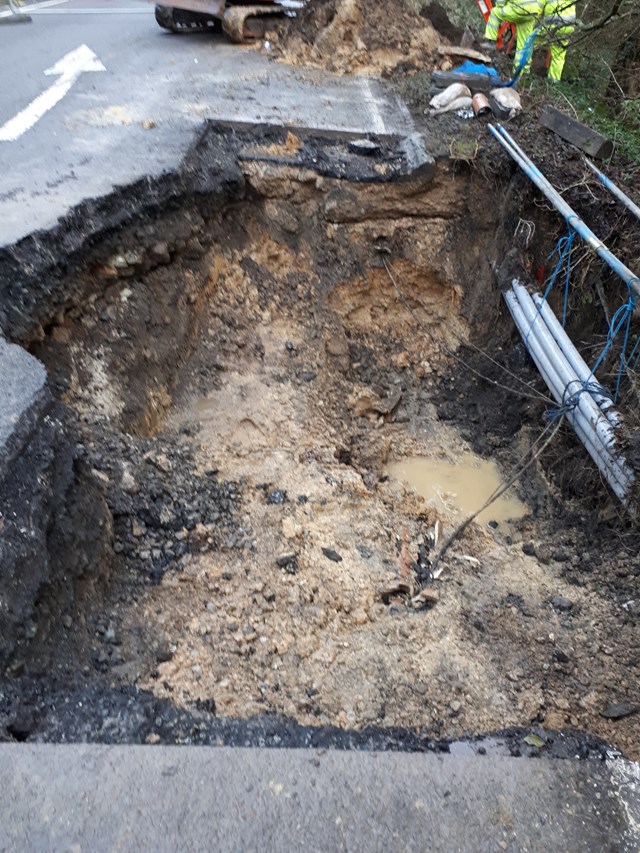