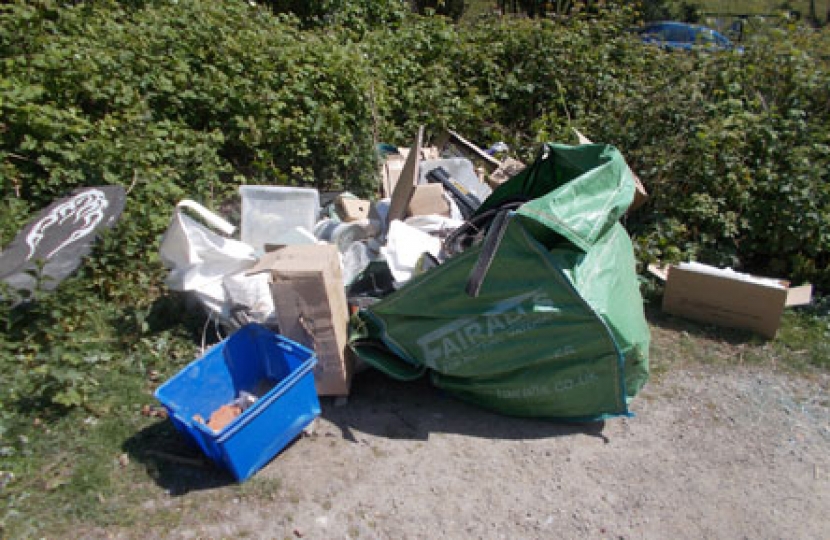 An Edenbridge man was fined £461 and ordered to pay Council costs of nearly £1,000 for a fly tipping offence in Wealden District. Richard Cormick (48) of Hop Garden Close, Edenbridge, pleaded guilty at Hastings Magistrates earlier this month for failing in his duty of care. He failed to ensure that waste, he had been paid to remove, was disposed of in the correct manner. Mr Cormick had spent a night in police custody after a warrant was ordered when he had previously failed to attend court on an earlier date.

Mr Cormick had been paid to dispose of waste taken from a property in Oxted. It ended up dumped at Wych Cross in Ashdown Forest - a Special Area of Conservation. He stated that he had paid a couple of friends to take it away without checking they were registered waste carriers.

As well as the £461 fine and a criminal conviction, Mr Cormick had to pay Wealden District Council’s costs of £971.17 and a £46 victim surcharge.

“We will always prosecute all fly tippers whenever we have enough evidence,” said Councillor Ann Newton, Wealden Cabinet member with responsibility for environmental enforcement. “We live in beautiful countryside. It is not a dumping ground for rogue traders or lazy builders who cannot be bothered to fulfil their waste disposal obligations.”

Householders employing building trades or paying someone to dispose of your waste must ensure that the waste is passed onto a registered waste carrier.  Or disposed of at a licensed site. The law expects anyone who produces waste to pass their waste on to a suitable person or company. Ask to see a waste carrier’s license. It is best practice is to request and retain a receipt.

If your waste is found dumped and you cannot prove who it was passed to, you could be prosecuted for not preventing unauthorised dumping.

Pictured is the fly tip at Wych Cross.

The law expects anyone who produces waste to pass their waste on to a suitable person or company.