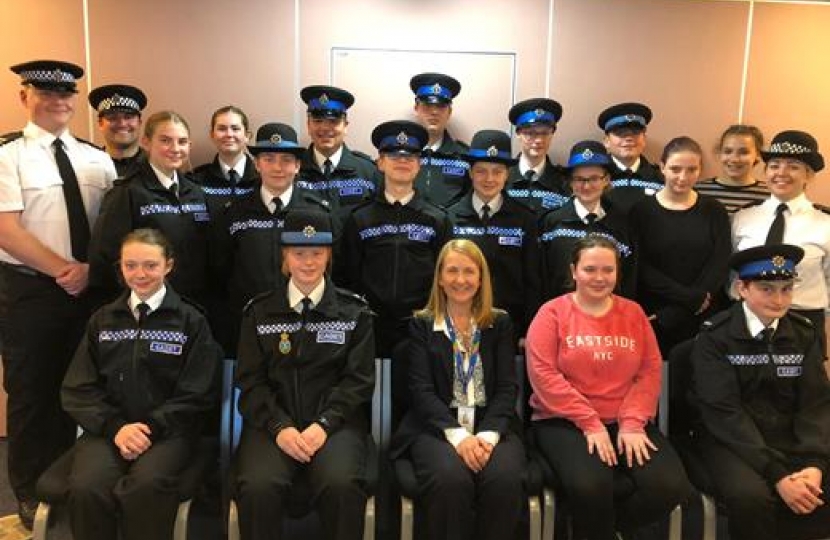 An update from the Sussex Police & Crime Commissioner - Katy Bourne.

"This week I welcomed the news that sexual harassment will be included in the Government's strategy to tackle violence against women and girls.

Any form of sexual harassment will not be tolerated and should not be normalised within society. Plan International UK’s latest survey revealed that 66% of young women have been sexually harassed in public and 60% said they did not feel safe walking home. These figures are concerning for everyone.

Thousands of domestic abuse victims across the UK have had to represent themselves in family courts, often leading to re-traumatisation for the victim and another form of control for their perpetrator. I announced today that I have provided The Daisy Chain Project, a charity in Sussex, with £50,000 of funding from my victims’ budget to help combat this issue by providing male and female victims of domestic abuse with free legal advice.

Often victims of this crime type are turned away from support services because they appear to own assets or savings (otherwise known as ‘means testing’) which are actually under their abuser’s control. This is why Daisy Chain is unique as it doesn't means test anyone that comes to them for help. They are not just a pro bono service but a support mechanism that any victim of domestic abuse in Sussex can access.

Founder of the charity, Jade-Shannon Patrick comments: “As an 18 month old charity, we were not expecting to grow so fast and this money enables us to ensure a robust and consistent service for our clients along with a drop-in advice clinic which we will soon be operating.”

I spent a very enjoyable evening meeting this week with the Crawley Cadet Force. There are currently nine cadet units across Sussex involving nearly 200 young people aged 13-18, making it one of the largest cadet forces in the country. I’m grateful to all Cadet Leaders who give their timely freely because they help enable the cadets to build confidence, learn useful life skills and develop an understanding of policing in a supportive environment. On my visit to Crawley nearly all of the young people in the group expressed an interest in becoming a police officer which was gratifying to hear. You can find out more about the Sussex Police cadets here.