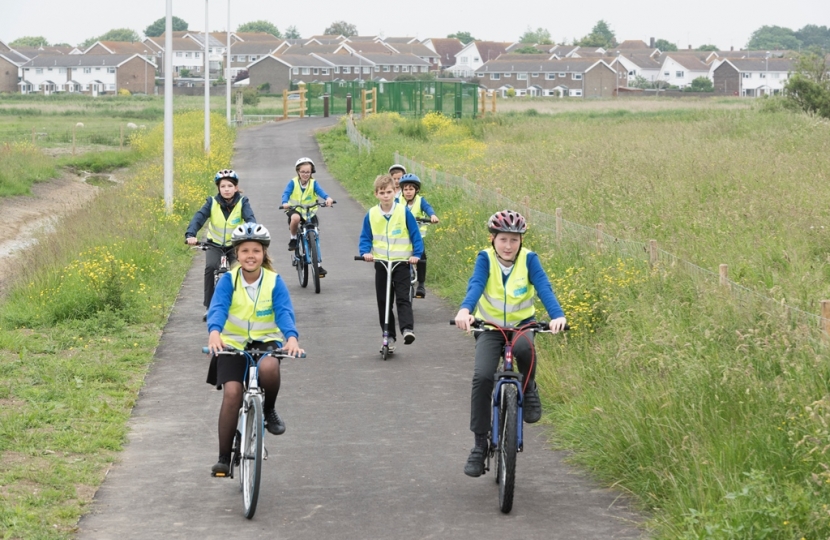 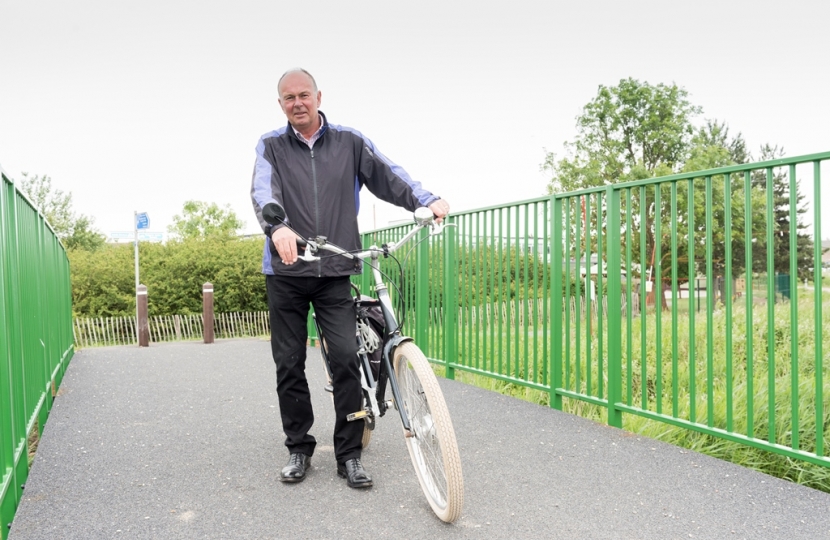 Once fully completed, the Horsey Way will run between Langney and Eastbourne town centre, providing a safe cycling and walking route from residential areas to schools and colleges, workplaces and shopping areas.

The scheme, which was developed by the county council in partnership with Eastbourne Borough Council, is one of the principal routes identified in the Eastbourne Cycling Strategy that was approved by both authorities in 2012.

The latest section of the route was opened with representatives from the partners and children from Tollgate Junior School, which has benefited from an additional 0.5km off-road link from the school to the main cycle route.

“This scheme is aimed at creating a safer, more attractive and more accessible cycle route to encourage more people in Eastbourne to get on their bike, reducing congestion and improving air quality and health.

“The school will particularly benefit from their link to the cycle route, which has created a safe alternative to the busy A259, so it was very fitting that children helped us mark the official opening.

“I’d like to thanks East Sussex Highways and their contractor, Landbuild, sustainable transport charity Sustrans for their work on previous sections of the route, cycle group Bespoke for their input and our partner in the project, Eastbourne Borough Council.”

Work on the latest phase of the scheme, which was funded by developer contributions from the redevelopment of Sovereign Harbour, required the building of two bridges and a new pedestrian and cycle crossing over Lottbridge Drove.

The Horsey Way scheme was launched following a public consultation in 2010, with work on the first section of the scheme beginning in 2013, followed by the second stage of work in 2015.