LIFTS WITHOUT A VALID LICENCE 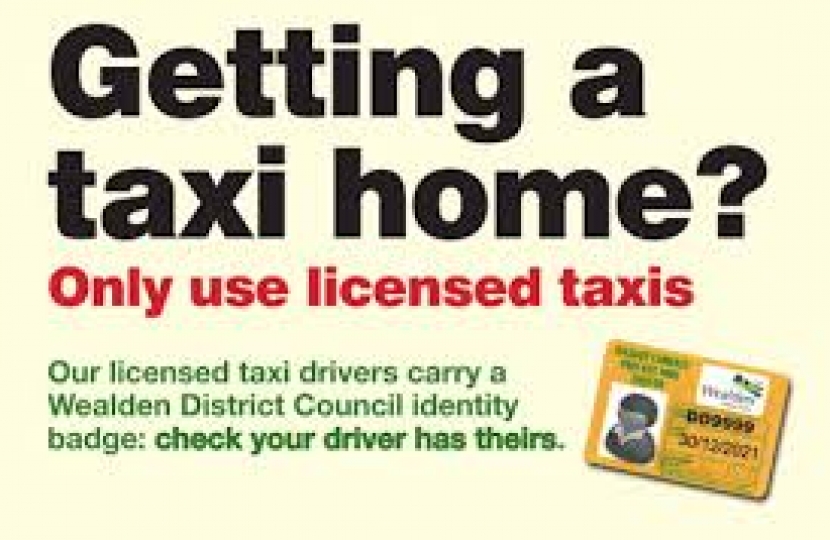 A Wealden man has been caught for a second time providing ‘taxi’ services without a valid private hire driver’s licence.

He was caught this time providing fee-paying lifts for wedding guests without a valid private hire drivers’ licence in June 2019. In addition, Mr Leigh’s vehicle did not have a valid licence and was not covered by motor insurance for private hire use.

At an earlier hearing, he pleaded guilty to offences related to accepting and performing hirings on or around 8 June 2019 without a valid private hire driver’s licence, vehicle licence or operator licence, and not having valid motor insurance cover for private hire use.

Hastings Magistrates fined Mr Leigh in his absence a total of £2,150 and he was given a 12-month driving disqualification.  Wealden District Council was awarded £744 costs.

“Mr Leigh clearly believed he could carry on giving paying lifts to customers without following the rules which protect members of the public,” said Councillor Nigel Coltman, chairman of Wealden’s Licensing Committee. “He was wrong and it has cost him dearly.

“Taxi are licensed for a reason. Private hire drivers are required to pass regular medical and criminal checks, charge authorised fares and use vehicles which are fully insured and have been given a six monthly mechanical inspection.

“We are determined to make sure these sensible provisions are not flouted.”

Licensed taxis will always display the licensing plate of the local authority that supervises them, and the driver will have photo ID to show they are authorised to drive a licensed vehicle.

If you have any doubts about the legitimacy of a minicab or taxi you have used, please contact your local authority. People’s safety may depend on it. Wealden Licensing department can contacted on 01323 443322, or email licensing@rother.gov.uk.