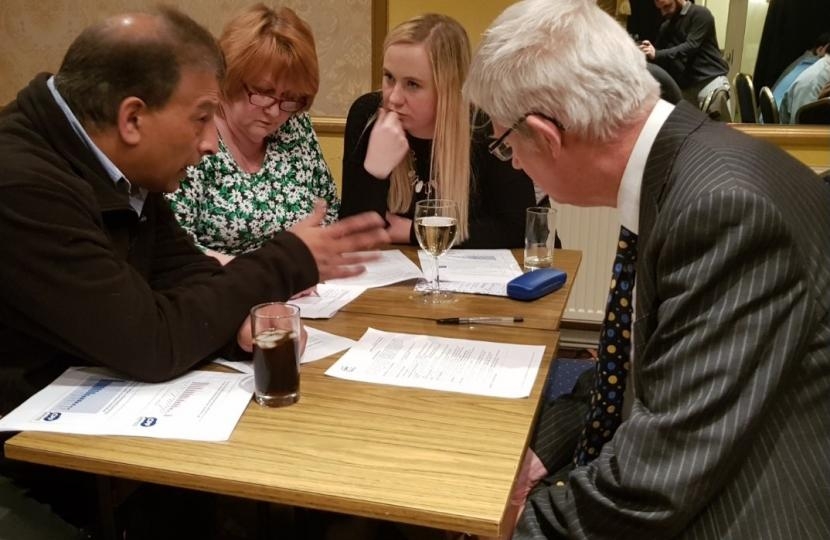 In response to our discussion on the environment, Conservative Policy Forum received submissions from 94 CPF groups, representing 109 constituencies and at least 838 members across the country. Since last year’s general election a total of 185 CPF groups, 219 constituencies and at least 2,419 members have participated in CPF policy discussions. Thousands also participated last month in the first of our new online Members' policy surveys and hundreds joined us last week for the first in our new CPF video conferences.

What follows is an overview of the key points raised. A more detailed collation of policy suggestions has been presented to the Director of the Prime Minister’s Policy Unit, the CPF Chairman and the Party Vice-Chairman for Policy. We look forward to publishing a formal response before the summer recess.

There is widespread support for the leadership and long-term vision of the Government on the environment … but also a feeling that we “must do much more” and better communicate why “WE are the party of conservation”.

We should be questioning the whole throw-away economic model on which our society is based. It generates vast quantities of unnecessary waste, consumes masses of energy and is ultimately unsustainable. Education is key.

This is an international problem which needs international solutions. The efficient production of energy—with systems and equipment that do not pollute the environment—is the most important goal that mankind must achieve this century. The UK should become the leading nation in this and use its global influence to persuade other nations to follow our example.

Develop and then implement a coherent long-term energy policy, in harmony with the existing competitive markets in gas and electricity: Both the short and long terms recommendations from the 2017 DBEIS Cost of Energy Review authored by Prof Dieter Helm should be implemented.

Sever our dependence on other nations’ energy supply. Support was explicitly mentioned for each of the following forms of power generation:

Local Conservative Associations are keen to ensure that the country is able to make the most of the "opportunity that leaving the EU provides to strengthen and enhance our environmental protections”.

To coincide with the 70th anniversary of the NHS, our latest national policy discussion picks up the important subject of health and social care. Make sure that your views are heard by joining your local Conservative association's discussion!