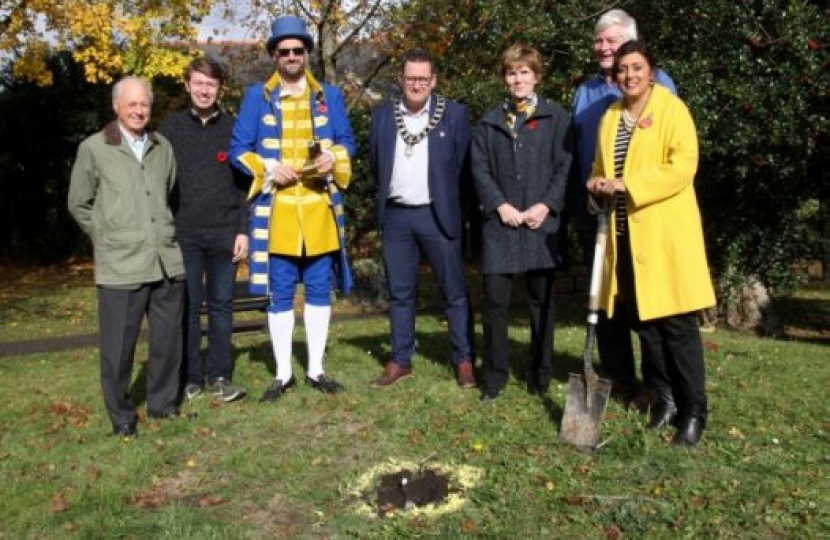 Nus Ghani, MP for Wealden, welcomed plans unveiled by the Secretary of State for the Environment and Rural Affairs, The Rt. Hon. Michael Gove MP, to plant more than 130,000 trees in English towns and cities over the next two years, as part of the nation’s battle against climate change.

Grants for the planting, which will be administered by the Forestry Commission, will be open to individuals, local authorities, charities and NGOs. Grants will be given to pay both for the planting of trees, and for their upkeep for the first three years of their lives, to ensure they flourish.

Nus urges any group or individual interested in securing these grants for their town to apply. The grant scheme opens this week, and those concerned should contact Nus directly ( Nusrat.Ghani.MP@parliament.uk ) for more information.

Trees play a crucial role in the fight against global warming – caused by burning fossil fuels that release carbon dioxide – because they store carbon. Trees in cities and towns also absorb noise, reduce flood risk, provide shade in summer and are associated with general good health and wellbeing.

Tree planting is an issue that Nus is leading the way on nationally as HS2 Minister. HS2 Limited has announced over seven million trees will be planted during construction, which will constitute more than 650 hectares of new woodland.

Nus Ghani, MP for Wealden, said: “Tree planting is an absolutely vital part of any strategy to mitigate the impact of man-made climate change on the UK.

“I applaud the work being done by DEFRA to ensure that individuals, community groups, and charities have the resources required to make their world greener.

“This is something that the Conservative Government is championing throughout the country.

“I urge any individual or group in Wealden interested in these grants to get in touch with my office for further information.”

“I applaud the work being done by DEFRA to ensure that individuals, community groups, and charities have the resources required to make their world greener.

“This is something that the Conservative Government is championing throughout the country."