Nus Ghani, MP for Wealden is due to announce the winners of a recent allocation of £1million to provide lifesaving equipment to independent lifeboat charities, whose work was celebrated at the House of Commons.

The parliamentary reception which was hosted by the Eastleigh MP Mims Davies welcomed charities, including the Royal National Lifeboat Institution to showcase their work and share their best practice skills in preventing accidental fatalities in our waters.

As Maritime Minister Nus has established an annual Maritime Safety Week to support the work of the Maritime Coastguard Agency, Lighthouse Boards, emergency lifeboat charities and Search and Rescue organisations across the UK. During her speech, Nus emphasised her appreciation for the Royal National Lifeboat Institution and independent lifeboat charities across the country for their work in keeping our coasts and waterways safe and accessible.

Nus also noted the success of the Government’s Rescue Boat Grant Fund, which has provided £5 million in funding to keep small charities across the country operational by allowing them to buy the equipment they need, with a further £1million due to be allocated. The Rescue Boat Grant Fund has so far helped more than 100 charities across the UK to purchase 82 lifeboats, more than 1,800 items of equipment, and more than 5,000 pieces of kit to help volunteers safe on rescue missions.

The announcement was warmly welcomed by lifeboat charities. Rob McLaren, Chairman of Freshwater Independent Lifeboat of Isle of Wight wrote to Nus saying that: “The grants that you set up for the independent lifeboats make a huge difference to our units in our core business of Search and Rescue. The grant also enables us to provide more youth opportunities to local teenagers looking to prepare themselves for the world outside of school or enhancing their chances in further education.”

During her discussions with attendees, Nus also thanked attending lifeboat charities for their response to flood events. She noted that:

“We should also appreciate lifeboat charities for the work they do in responding to flood events inland. I cannot thank all those attending, and indeed those still vigilantly stationed across the country enough for their hard work. By working with the Coastguard, the Royal National Lifeboat Institution and our emergency services they are doing an extraordinarily important job by keeping our waters safe. Their dedication for such a noble task is indeed commendable.” 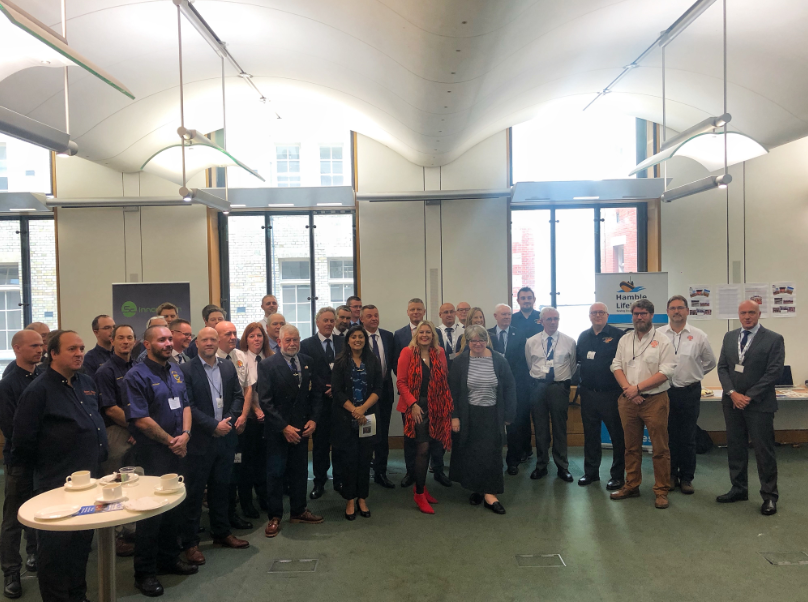 Nus emphasised her appreciation for the Royal National Lifeboat Institution and independent lifeboat charities across the country for their work in keeping our coasts and waterways safe and accessible.