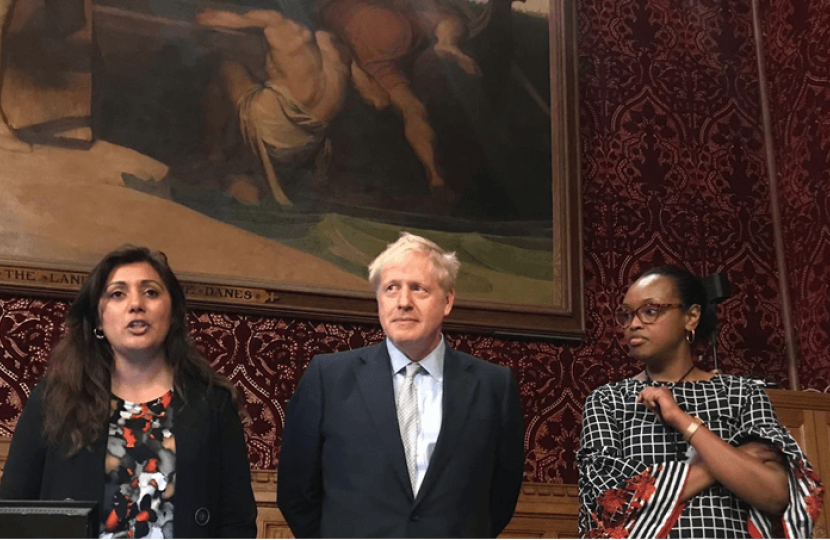 The event was introduced by Nus, with speeches from Boris Johnson, and Female Genital Mutilation (“FGM”) campaigner Nimco Ali.

Nimco, who recently was awarded an OBE for her work on ending FGM, introduced the Film, Jaha’s Promise, as “a film that will change your life”.

Jaha’s Promise focusses on the work of Jaha Dukureh, a Gambian anti-Female Genital Mutilation campaigner, who returns to her country of birth to fight against the practice that she and 200 million women and girls have undergone globally.

Mr Johnson, commenting further, said that he was delighted to co-host this event with Nus, and that it honoured a long standing commitment to Nimco, who he had known since he started working with her to end FGM as Mayor of London.

The event was well attended by Wealden constituents, many of whom have themselves campaigned against FGM.

Eradicating FGM is a priority for the Conservative Government both in the UK and abroad. Domestically, the government has created a mandatory duty for frontline professionals to report FGM to the police and a new offence of failure to protect a girl from FGM.

Nus Ghani, MP for Wealden, said: “I was thrilled to be able to host this film screening with Nimco and Boris Johnson.

“This is an issue that goes beyond party politics, and it is a testament to Nimco’s incredible work that this screening happened.

“I was delighted that so many Wealden constituents also attended the event. I have always been proud of the deep concern that they have shown regarding FGM, a violent act against girls, which we must do everything in our power to eradicate.

“The Conservative Party is committed to ending FGM, and is working both in the UK, and abroad, to achieve it.

“It is a tragedy that we still have to raise awareness of this of this violent act, and campaign against FGM, but I will continue to work with Nimco, and other campaigners and charities, against FGM until it is defeated.”

Photo (above) Nus Ghani speaking alongside Boris Johnson and Nimco Ali; and (left) Nimco Ali with Wealden Constituents and other guests at the screening of Jaha’s Promise 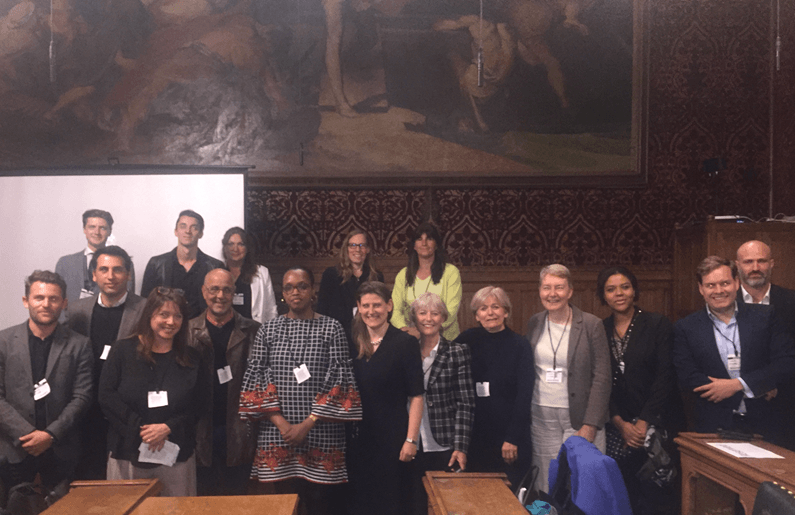 “The Conservative Party is committed to ending FGM, and is working both in the UK, and abroad, to achieve it."