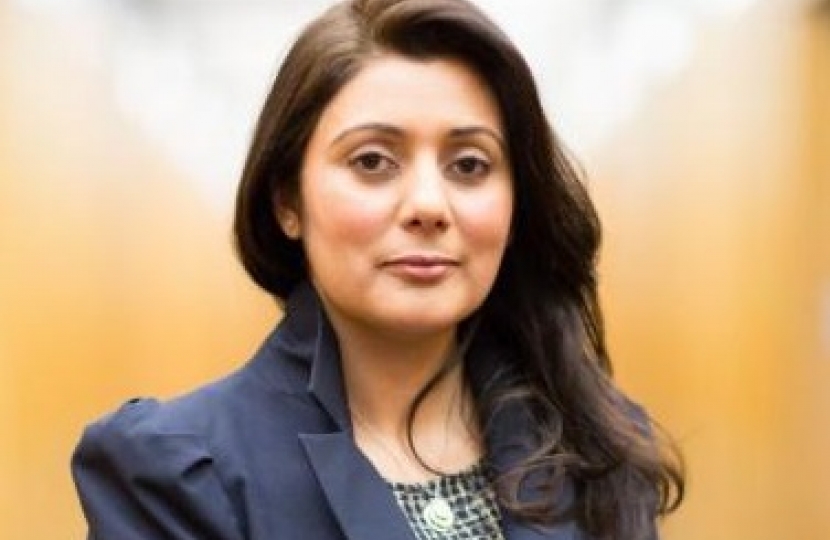 The radiotherapy unit, which began treating patients in June 2017, was officially opened in an opening ceremony on Monday. The £15 million investment in the cancer treatment centre at Eastbourne General Hospital is an extension of the Sussex Cancer Centre, and includes a CT scanner and two linear accelerators.

Eastbourne General Hospital is used by patients from across Wealden, and the operation of the new cancer unit will significantly reduce journey times for many of Nus’ constituents, who previously would have had to travel to Brighton for comparable treatment.

Commenting on the opening, Ms Ghani said: “I am delighted to see the new cancer unit at Eastbourne General Hospital officially opened.

“As a Breast Cancer Now Ambassador, I am all too aware of the stresses living with cancer places people under. The new radiotherapy unit at Eastbourne has meant that many of my constituents do not have to travel as far as before, giving them one less thing to worry about with their treatment.

“Tackling cancer is a priority for our health service. Survival rates are at a record high, with around 7,000 more people alive today who would not have been had mortality rates stayed the same as in 2010.

“We must always do more to beat cancer, and the £15 million investment in cancer treatment at Eastbourne is incredibly welcome in tackling this disease which has claimed far too many lives.”