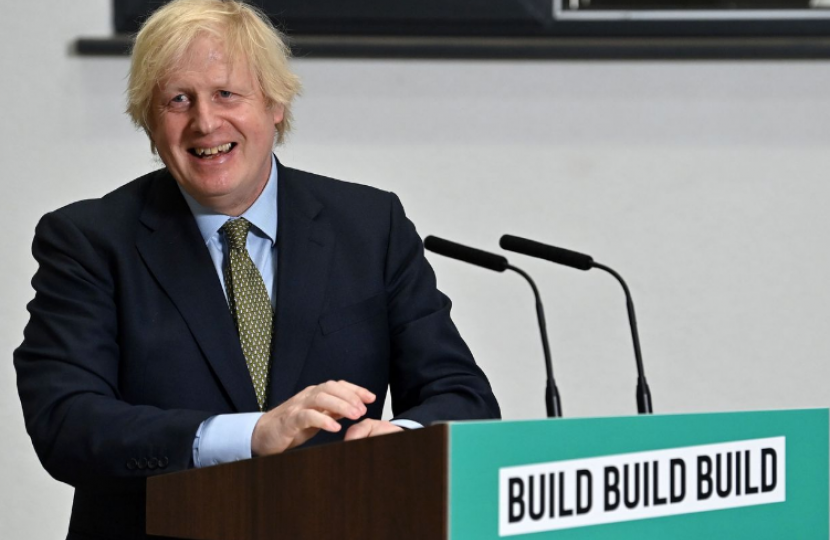 The Prime Minister this morning set out our ‘New Deal’, an ambitious economic strategy to rebuild Britain across the UK, putting jobs, skills and infrastructure investment at the heart of our economic recovery post-coronavirus, and delivering on our manifesto pledges to level up the entire country.

We will use the coronavirus pandemic to tackle this country’s great unresolved challenges of the last three decades which successive governments have ducked: to build the homes, to fix the NHS, to tackle the skills crisis, to mend the indefensible gap in opportunity and productivity and connectivity between the regions of the UK, and to unite and level up.

Too many parts of this country have felt left behind, neglected, unloved, as though someone had taken a strategic decision that their fate did not matter as much as the metropolis. Not only has a vision to change this country for the better, we have a mission to unite and level up – the mission on which we were elected last year. The Chancellor will provide an update on the economy next week.

If we deliver this plan together, then we will together build our way back to health. We will not just bounce back, we will bounce forward – stronger and better and more united than ever before.

INVESTING IN OUR FUTURE PROSPERITY

Today’s announcement redoubles government’s efforts to get on with this now, in support of economic recovery and jobs right across the country.

We have announced the most radical reforms to our planning system since the Second World War, making it easier to build better homes where people want to live.

New regulations will give greater freedom for buildings and land in our town centres to change use without planning permission and create new homes from the regeneration of vacant and redundant buildings.

Nus Ghani, MP for Wealden, has welcomed the news that through the Vaccines Delivery Plan, 125,364 doses have already been administered in Sussex and East Surrey Health and Care Partnership.

SUPPORTING JOBS AND OUR ECONOMY

Recognising the crisis has driven job losses across the country, and many people are worried about their jobs and incomes, we have set our action to support jobs and skills.

Over the next five years, we will invest more than £600 billion pounds in our future prosperity, and today’s announcement brings forward £5 billion of capital investment projects, supporting jobs and the economic recovery across the country.