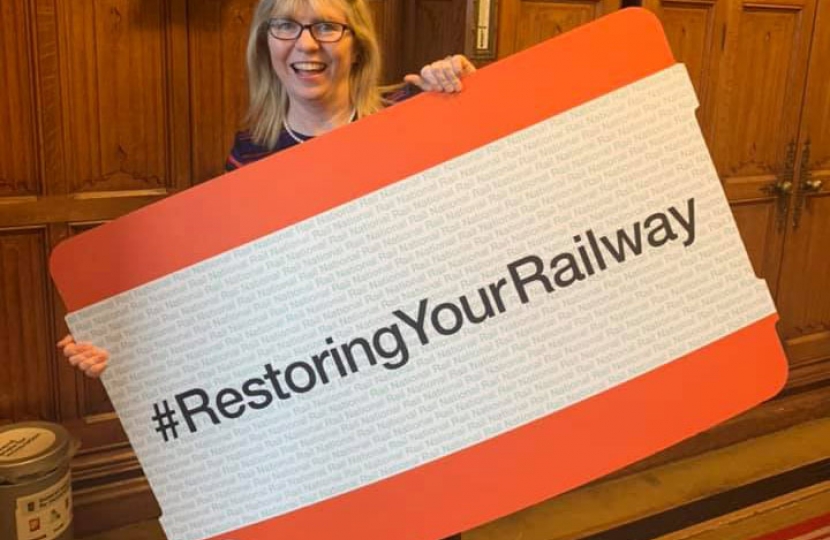 There's renewed impetus to re-open the Uckfield to Lewes railway line following launch of Restoring Your Railway fund this week.

The re-opening of the Lewes to Uckfield railway line, known as BML2, came a step closer following a meeting between Lewes' MP, Maria Caulfield, and the Transport Secretary, Grant Shapps at the launch of the Restoring Your Railway fund.

The Lewes to Uckfield line is eligible to be considered as part of the £48 billion Restoring Your Railways fund that is hoping to quickly give approval to re-open disused railways across the country, including many of those closed under the Beeching cuts in the 1960s. The Restore Your Railway fund could see 75% of the funds for the project covered by Government.

A business case will need to be presented to the Department for Transport by early March setting out costs, levels of support locally, and the potential growth that could come from reopened lines. Following this, the successful bids will go through to a further stage with successful bids announced in the summer of 2020. The Government are keen to get things moving quickly on these lines to allowing work to begin as soon as possible.

The BML2 Project are already working on a business case which could be finalised very quickly for submission to the Government.

Maria Caulfield MP said “Since first being elected I have campaigned for the reopening of the Lewes to Uckfield line as another route for passengers from Lewes and the surrounding areas to get to London without having to use the Brighton Mainline. The re-opening of this line will take pressure off of the current mainline and make rail more accessible to thousands of people along the route. I am working with the BML2 Project to make sure that we can grasp this opportunity and finally re-open the Lewes to Uckfield line.”

“I am confident that BML2 represents good value for money and will unlock a huge amount of opportunity and growth in the South East and that this is something that the Government will be supportive of.”

Today in a major speech the Prime Minister has set out our plan to transform the provision of skills so that we can help people to retrain and find new, well-paid jobs as part of our agenda to Build Back Better.

BML2 represents good value for money and will unlock a huge amount of opportunity and growth.