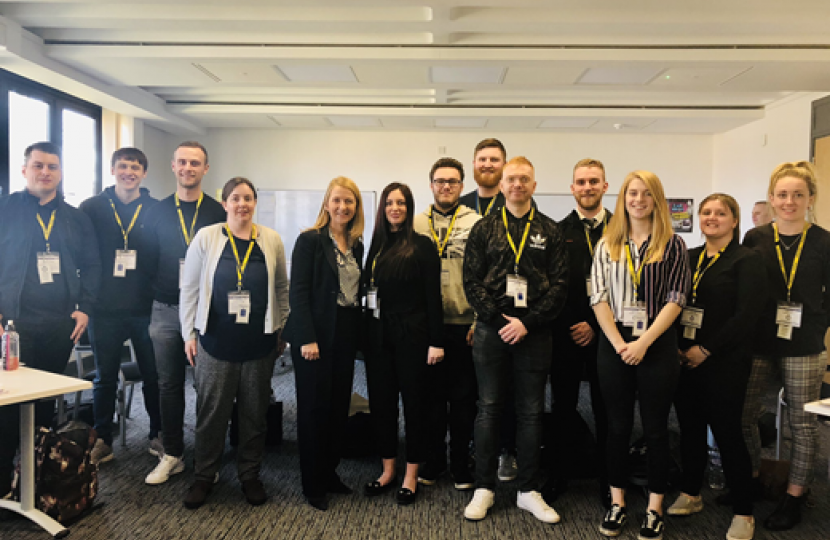 An update from the Sussex Police and Crime Commissioner, Katy Bourne.

"I was pleased to start this week by welcoming the first tranche of newly recruited Police Community Support Officers (PCSOs) pictured here. They are the very first recruits to begin the new 15 week apprenticeship training.This apprenticeship programme combines on-the-job practical and academic learning and will result in the award of a formal level four qualification.

"As PCSOs they will work alongside officers on the frontline providing that visible and reassuring presence the public tell me they want.

"At the end of 2018 the results of the UK Youth Parliament consultation ‘Make Your Mark’ were announced outlining the priorities for young people up and down the country. 17 schools across East Sussex took part in the survey which equated to over 12,000 total votes.

Wealden District Council organised an event to further explore the top concerns as voted for by 11-18 year olds, with knife crime emerging as their biggest priority. My REBOOT Programme Manager, Christopher Varrall, was invited to facilitate the workshop on Knife Crime and said:

"It was great to have the opportunity to speak to young people in Sussex about the dangers of carrying knives and the repercussions that follow. Many of us underestimate just how tuned in young people are to the issues society faces, so it is refreshing that this consultation has given this age group an opportunity to raise their concerns."

The REBOOT programme, which launches on the 1st April this year, will bolster diversionary activities for young people across Sussex and strengthen our community safety partnerships. It will give police and partners the opportunity to engage positively with under 18s at risk of committing serious violence and those who have already been involved in low level criminality.

Sussex Police has published its gender pay gap report to the government which highlights a median difference of 12.4%, down from 14.99% last year. This is down to the excellent work taking place across the force with positive recruitment (both internally and externally), the drive to get better representation across senior roles, and a focus on HeForShe work.

This is another example of Sussex Police's commitment to embracing equality and it is encouraging to see the gap in gender pay reducing. We must remain committed to achieving parity overall.

The full report can be found here.