One of Wealden's Most Precious, Natural Assets 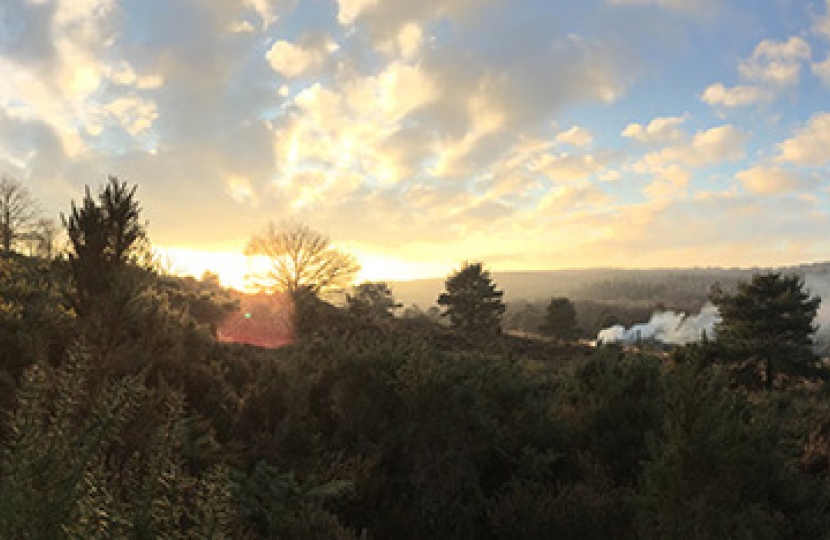 Richard Stogdon, Chair of the Board of Conservators of Ashdown Forest writes about one of our most precious assets in Wealden ...

The Wealden Parliamentary Constituency is privileged to embrace the bulk of Ashdown Forest, a unique and particularly beautiful area of lowland heathland forming part of the High Weald of East Sussex. Favoured by early medieval kings as a hunting ground, the Forest was, for a long time, in the ownership of the De La Warr family, although largely occupied/used by a significant number of Commoners, with rights of grazing and estover (gathering firewood, bracken etc).

The relationship between the Forest owner and the Commoners was and is regulated by Act of Parliament, currently the Ashdown Forest Act 1974. The Board of Conservators of the Forest is made up of appointees of East Sussex County Council & Wealden District Council, and Commoner Conservators elected by the Forest’s Commoners.

To enable the regulation and management of Ashdown Forest, the Conservators are given a number of significant powers. In the exercise of such powers, the Conservators are able to levy rates, make charges and issue fines for breaches of Forest bye-laws. In practice, a team of officers is employed by the Conservators to carry out those functions, very ably assisted by a team of enthusiastic volunteers (to whom the Queen’s Award was issued last year).

Although long recognised as a special wildlife habitat, since 1974, the Forest has become subject of a number of special designations (SSSI and SSAP) to which a veritable raft of legislation relates. Thus, in addition to the duties envisaged by the 1974 Act, the responsibilities of the Conservators have greatly increased along with an attendant education role. All that has made funding issues particularly acute.

More recently, the County Council, in its role as Trustee of the Ashdown Forest Trust, was asked by the Charity Commission to review current Forest governance arrangements. In response to that request, the County Council instigated a review and public consultation. A number of different models came under review and were compared with arrangements in place with other similar bodies. Broadly, the public consultation showed that retention of the Ashdown Forest Act was preferred, though it was apparently accepted that streamlining of the Forest’s general administration is now necessary.

However all that may be, the Forest continues to be one of the great, if not greatest, jewels in the crown of the High Weald, visited by large numbers of people, including riders and dog walkers from all over the Wealden area and well beyond, as a place with unparalleled views across the weald of Sussex to the South Downs and across part of the weald of Kent to the North Downs.