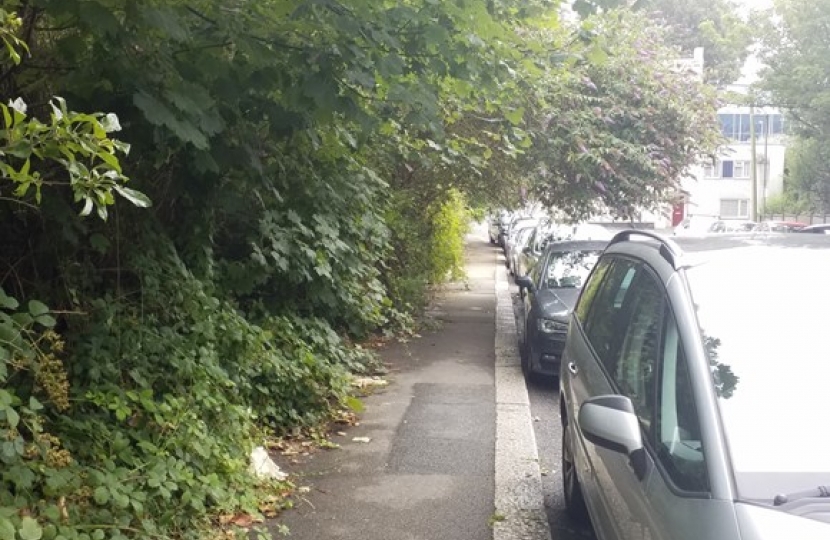 LAND and property owners are being urged to cut back trees and hedges overhanging roads and pavements before birds begin nesting.

People are being encouraged to act quickly to remove vegetation obstructing the public highway before the nesting season, which runs from March to August, starts.

Householders, business owners and farmers who own land are responsible for regularly inspecting trees and hedges and ensuring they are not blocking access for vehicles and putting pedestrians at risk.

Cllr Claire Dowling, East Sussex County Council’s lead member for transport and environment, said: “Overhanging trees and hedges can put pedestrians at risk by forcing them into the road and dangerously reduce visibility for drivers and cyclists.

“While we encourage landowners to deal with overhanging vegetation, we would ask them to take extra care not to disturb birds during the nesting season. If you are carrying out work between March and August, make sure you check carefully for evidence of nests before you start.”

It is an offence under the Wildlife and Countryside Act 1981 to intentionally take, damage or destroy the nest of any wild bird while it is use or being built.

Property owners are advised to ensure the pavement bordering their land is clear of vegetation to a height of 8ft (2.5m) and the road is clear to 17ft (5.1m).

If made aware of any problems caused by overhanging vegetation, East Sussex Highways can write to the landowner asking them to cut it back.

If no action is taken, Highways may use its own staff to cut back the tree or hedge and bill the landowner.

People can report overhanging vegetation which is obstructing the road online at www.eastsussexhighways.com

Property owners are advised to ensure the pavement bordering their land is clear of vegetation to a height of 8ft (2.5m) and the road is clear to 17ft (5.1m).