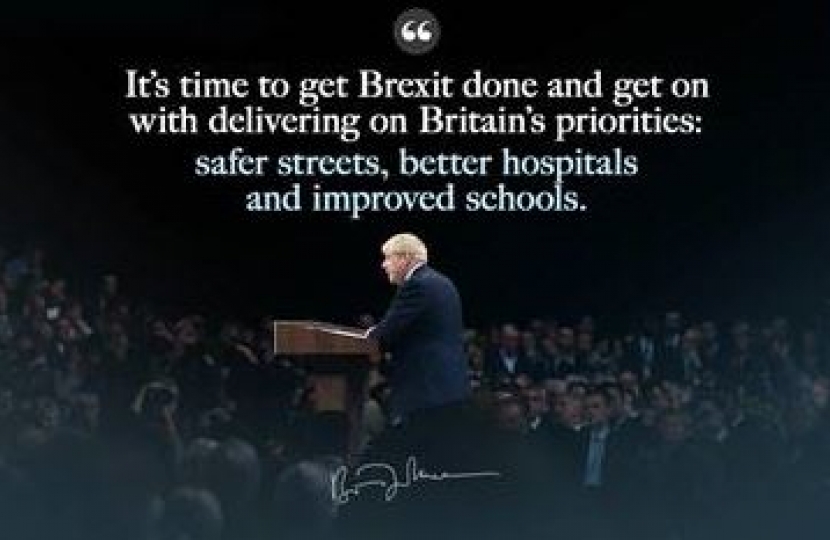 When people voted in the EU referendum, they voted for a better future for this country. But years of delay and indecision by politicians means the change they hoped for hasn’t yet been delivered.

Today’s Queen’s Speech set out our ambitious domestic agenda, focusing on our core priorities of getting Brexit done, investing in our NHS, tackling violent crime, and dealing with the cost of living.

By getting Brexit done, we will end the uncertainty and get on with an ambitious programme to build a brighter future for everyone in this country.

We are leaving the European Union on 31 October. This Queen’s Speech sets out how we will seize the opportunities created by Brexit:

We will support the NHS and our healthcare system:

We will tackle violent crime, strengthen the criminal justice system and ensure victims receive the support they need and the justice they deserve:

We will ensure fairness and protection for individuals and families:

We will deepen our commitment to the natural environment and animal welfare:

We will level up every corner of the United Kingdom through better education, infrastructure and science, renewing the ties that bind us together

Our top priority has always been to support people, protect jobs and businesses through this crisis. The furlough and self-employment schemes have been a lifeline for millions of people and businesses.