EAST Sussex schools have been recognised in an event at Westminster for their role in elections to a representative youth body.

More than 60 pupils and staff from schools across the county attended a Democracy Awards event at the Houses of Parliament to celebrate the election of the new East Sussex Youth Cabinet.

A total of 20 schools and one youth voice group were given a gold, silver or bronze award to mark how well they involved their school to elect a pupil to the cabinet, which acts as a voice for young people in the county, for the next two years.

The scheme recognises the efforts made by schools to achieve a high turnout in elections and acknowledges the priority issues highlighted by young people through a ballot of their views.

In 2020, the priorities for young people in East Sussex are protecting the environment and tackling the problem of knife crime.

Hope Law, a 14-year-old Youth Cabinet member from Bexhill, said: “What an amazing day. Being here makes it so real. Getting to visit the House of Commons and directly asking MPs and councillors questions really shows me what democracy is all about.

“I understand now that I represent other young people, and me and the other Youth Cabinet members are going to make sure we raise their voices.”

Cllr Sylvia Tidy, East Sussex County Council Lead member for Children and Families, said: “I am so proud of the calibre of our new Youth Cabinet. They represent thousands of other young people, who although they don’t as yet have the right to vote, are making their voice heard.”

Cllr Bob Standley, East Sussex County Council Lead member for Education and Inclusion, said: “Without the involvement of schools, we would not have an East Sussex Youth Cabinet. I am immensely grateful for the work that schools do to highlight citizenship and democracy: it’s what makes a fully-rounded curriculum.”

Bronze (up to 50 per cent voter turnout):

Pictures:
(1) - Young people from East Sussex with their Democracy Awards certificates, with East Sussex councillors and MPs
(2) – The event at the Houses of Parliament

I am immensely grateful for the work that schools do to highlight citizenship and democracy. 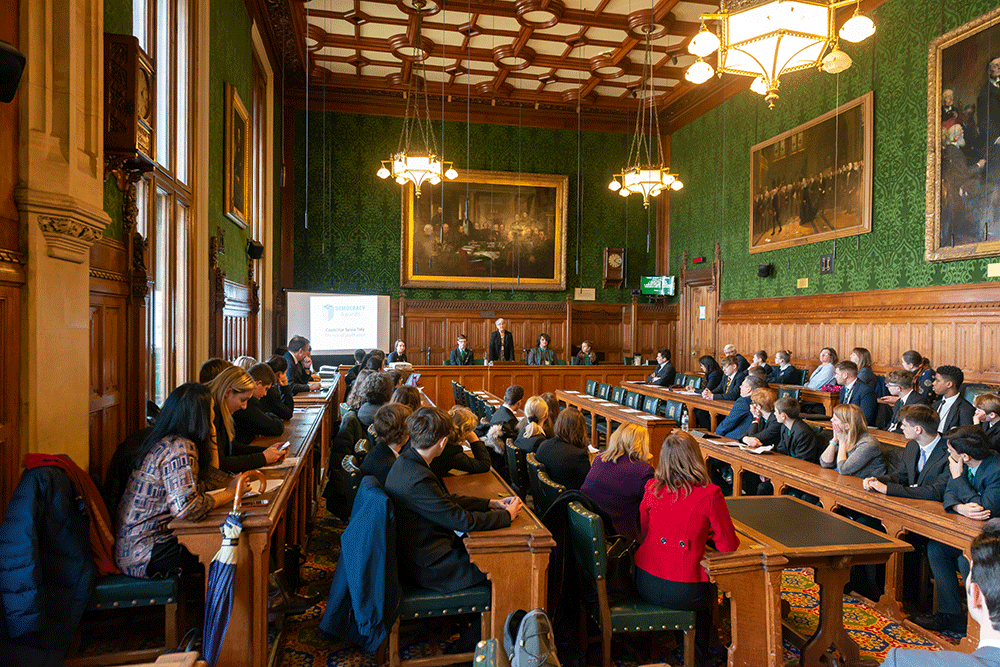