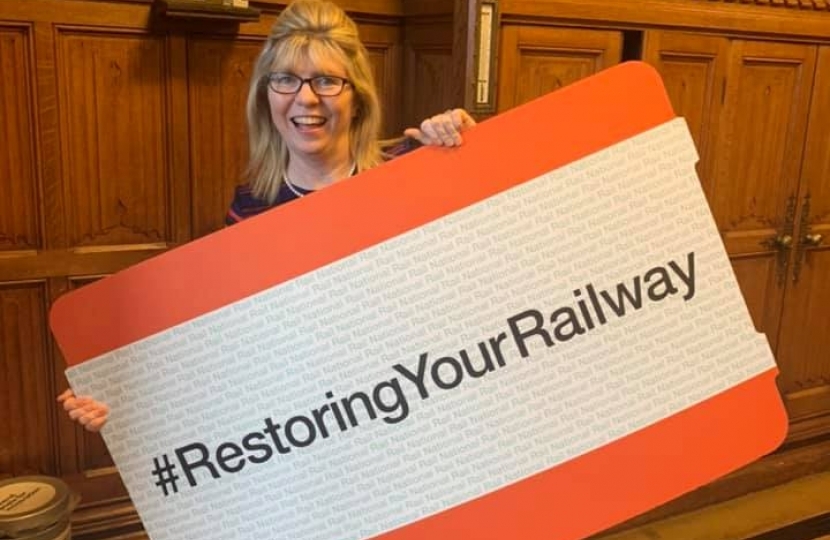 Dramatic news came from the Department of Transport this week when they requested a meeting with Lewes MP Maria Caulfield (pictured)  and the leaders of plans to restore the Lewes to Uckfield Railway Line following a submission to the Restore Your Railway Fund earlier this year.

The £48 billion Restoring Your Railways fund is hoping to quickly give approval to re-open disused railways across the country, including many of those closed under the Beeching cuts in the 1960s. The Restore Your Railway fund could see 75% of the funds for the project covered by Government.

Maria Caulfield MP and the BML2 campaign submitted a business case to the Department for Transport in March setting out costs, levels of support locally, and the potential growth that could come from reopened lines. Following this business case the Minister of State for Transport, Chris Heaton-Harris MP, has written to Maria Caulfield MP requesting a meeting to discuss the plans.

The reopening of the Lewes to Uckfield Line has the potential to bring great socio-economic benefits to the local areas, with the towns of Seaford and Newhaven able to have direct line railway services and for new railway links to be created between places such as Tunbridge Wells and the South Coast.

Maria Caulfield MP said “I am pleased that the Minister for Transport is keen to hear more details about our plans to re-open the Lewes to Uckfield Railway Line which would see Seaford and Newhaven finally put on a mainline as well as having an additional route from Lewes to London via Uckfield. I am hopeful that despite the current restrictions we will be able to arrange a meeting as soon as possible so that we can take forward these plans as soon as possible.”

An additional route from Lewes to London via Uckfield