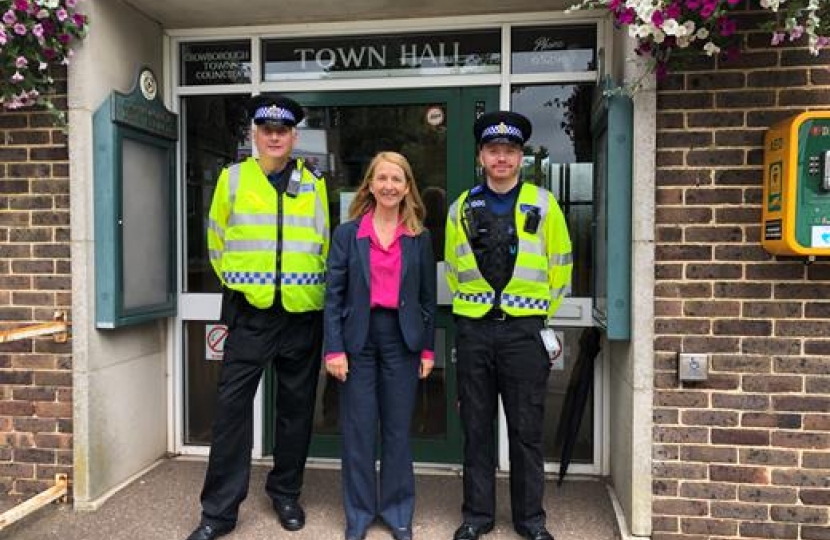 This includes victims of child sexual exploitation, domestic and sexual violence, stalking and harassment, along with other forms of trauma and modern slavery. I look forward to visiting these organisations and meeting the people they have helped to cope and recover from crime.

Today in my PAM (Performance and Accountability Meeting), I heard an interesting example of one of Sussex Police’s many modern challenges where, through better use of technology, a positive outcome was achieved.

Chief Constable Giles York said: “Over 300 victims had been subject to 3,000 malicious telephone calls from an unknown male, often of an offensive sexual nature. This was difficult to trace as he used different numbers and phoned at different times of the day. One of my analysts had the idea of locating where the call was made from and correlate that with ANPR (number plate recognition) data.

"Through this information  he was able to identify a man in Burgess Hill who was buying second hand phones and using software to reignite old contact lists. Officers seized over 200 phones from his premises. He has pleaded guilty this month and is due to be sentenced next month. This is a really successful result: not just tech for tech’s sake.”

Other topics discussed at the PAM included Stalking Protection Orders, the coronavirus and precept investment decisions for the coming financial year. Watch here.

My office is about to start a consultation exercise in Crowborough about the new police station to be developed at the old Town Hall (pictured ). The survey will be online from the middle of next week, while printed copies will be available at local venues including Crowborough Library and the Freedom Leisure Centre.

I plan to visit Crowborough and talk to residents to gauge their views about the new police station, especially in terms of what services are available out of hours. I'm keen to see technology used where possible to provide information about policing and other local services even during the hours when the station itself is closed.

Listening to residents in and around Crowborough