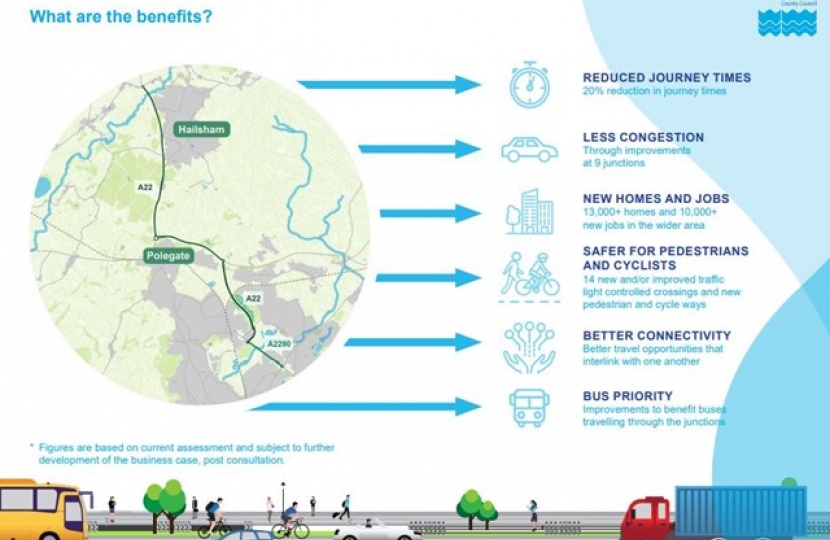 Proposals have been developed for nine junctions along the A22 and A2290 between Hailsham and Eastbourne to improve the safety of pedestrians and cyclists, reduce traffic and journey times, as well as tackling congestion issues. The proposals will also support new home and job growth in the county.

The package of interventions for the A22 comprise Boship roundabout; Hempstead Lane; and the A295 South Road roundabout on the Hailsham bypass, as well as the A27/A22 roundabout and A22 Golden Jubilee Way/Dittons Road roundabout at Stone Cross.

The proposals for the Eastbourne section of the A22 and A2290 relate to four roundabouts: Shinewater, Lottbridge, Birch and Seaside.  Measures include increasing the number of lanes, installing traffic lights, assigning dedicated left turn lanes and addition of and improvements to 14 pedestrian and cyclist crossings points.

A public consultation on the plans will begin on Monday, July 12 and run for six weeks, with feedback used to develop a business case for the A22 Hailsham and Stone Cross proposals to the Department for Transport and the further development of the A22 Eastbourne and A2290 junction schemes for when future funding is available.

Conservative councillor Claire Dowling, East Sussex County Council’s lead member for transport and environment, said: “The A22 and A2290 are very important roads in the East Sussex network and experience high levels of traffic and congestion at peak times.  In order for the area to continue to grow and prosper, it’s important we address these issues.

“As well as reducing journey times by up to 20 per cent, the proposed measures will help make the routes safe for pedestrians and cyclists, allow for bus priority measures to encourage more sustainable travel, and support the creation of 13,000 homes and 10,000 new jobs across the county.

“It is important that we get this right.  I would encourage members of the public, businesses, partners and organisations to give their views on the proposals and help us develop measures that will benefit as many people as possible.”

Upgrades to the junctions will also support a wider package of improvements for pedestrians and cyclists including the final phase of the Horsey Way cycle route, a cycle route between Stone Cross and Royal Parade, a new cycle route from Stone Cross to Royal Parade and cycle routes in Willingdon Drove and Eastbourne Town Centre which will be consulted upon this summer.

Following the consultation period, East Sussex County Council hopes to submit a business case for A22 Hailsham and Stone Cross improvements to the Department for Transport later this year, with work expected to start in late 2022/early 2023.

The consultation will close at 5pm on Friday, August 20.  To take part visit https://eastsussex.gov.uk/A22-A2290-Improvements

Copies of the consultation document are also available from County Hall in Lewes, Wealden District Council offices in Hailsham and Eastbourne Town Hall. 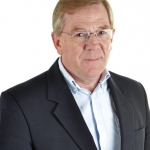 Cllr Chris Dowling is the County Councillor for Uckfield South with Framfield, including Ridgewood, part of New Town, Framfield, Blackboys, Little Horsted and part of Cross-in-Hand.

Two Years On: Delivering on our Promises

Two years on, we have delivered for Britain. Here's a list of some of our top achievements.

Encourage members of the public, businesses, partners and organisations to give their views