Wealden District Councillor for Horam, Susan has lived there for over thirty years and worked in the district for much of that time. She has represented Horam on Wealden District Council since 2003;  very involved with village affairs, and working closely with the Parish Council.  Susan is also a Trustee of The Club Rooms that has recently opened The Horam Centre in the High Street.  In addition she has three times organised The Horam Mile, for Sport Relief, raising thousands of pounds.

At Wealden District Council Susan is a valued member of Planning Committee South, where her down to earth approach is always welcomed. Two years ago she was made Chairman of the Licensing Committee.  Not only does this committee implement the sometimes controversial Licensing Laws passed in 2003, but also handles applications for taxis, checking that, for our safety, only fit and proper drivers and vehicles are licensed to work in the area.

Susan is Horam’s Conservative District Councillor at Wealden, having been first elected in 2003. She has lived in Maynards Green since the late 1970’s, with a short break in the Channel Islands during the 80’s. Since then she has worked locally for a number of small firms in Horam and Heathfield as well as Lewes and Eastbourne, so she has a comprehensive knowledge of the ups and downs of running a small business and the difference good local facilities can make. Susan and her husband, Mick, run a small business unit site on their redundant mushroom farm in Maynards Green. Between them they have four adult children and one grand-daughter.

Along with Bob Bowdler, Susan has been elected  councillors  for the new Horam and Punnetts Town ward (including Swife Lane, Broad Oak, Trolliloes, Bodle Street Green and Warbleton) in May 2019's district council election.

Councillor walks away with top jam-making award at village show

Showing that he's a Man of Many Talents, Horam and Punnetts Town Wealden District and Wealden East county councillor Bob Bowdler entered his home-made jam in the Warbleton and District Horticultural and Poultry’s  Annual Show in the Dunn Village Hall, Rushlake Green.

Conservatives in Wealden have reacted with disappointment to the news that part of an icon seafront hotel in Pevensey Bay can be converted into a convenience store.

A decision on whether or not to grant planning permission for up to 100 new homes in Crowborough will depend on assurances from Southern Water that their sewage systems can take the extra flow.

Conservative councillors were joined by Wealden's MP, Nusrat Ghani, on a fact-finding visit to Age We Care Horam Day Club.

Nusrat Ghani, MP for Wealden, has presented the team at Manor Pharmacy in Horam with the Wealden Hero Award. 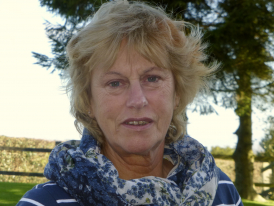